EMERGENCY ALERT For information on Coronavirus... Read On...

The Town of Windsor is inviting the community to a ribbon cutting ceremony on Wednesday, May 15, 2019 at 4:00 p.m., at Michael A. Hall Park. The celebration will showcase a new playground located at 431 Jane Drive, adjacent to Brooks Elementary School. The Parks and Recreation Department wants to thank the community for being patient during the renovation that began in the fall of 2018.  Exciting new play features are included in two playgrounds for ages 2 to 5 years and 5 to 12 years, including custom rubberized surfacing.

Michael A. Hall Park was developed in 1993 and was dedicated in honor of United States Army Chief Warrant Officer (CWO), Michael Hall, who lost his life in the Gulf War. Hall was a helicopter pilot, participating in “Operation Provide Comfort” in Northern Iraq. On April 14, 1994, soldiers were delivering goods to the Kurds of Islam, in a humanitarian goodwill operation, when they were mistakenly fired upon by a United States aircraft. The custom helicopter blades outlined in the playground surface are in remembrance of Hall and others who lost their lives that day.

During the design phase, extensive community outreach efforts were conducted. Town staff and park landscape architects worked with a fifth-grade class at Brooks Elementary School to administer a survey among students, teachers, parents and community members. This included selecting preferences for park equipment amenities. In addition, students monitored daily use of the park and analyzed the data that was included in a final design and presented to the Parks and Recreation Commission.

Please join the Windsor Town Council, Parks and Recreation Commission, neighbors and staff to celebrate with a” Parks Make Life Better” ceremony in honor of Michael A. Hall. 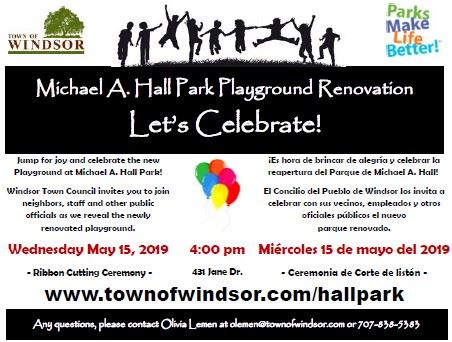 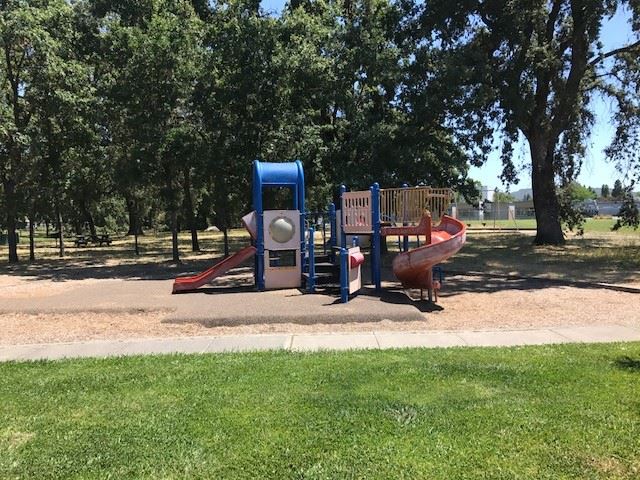 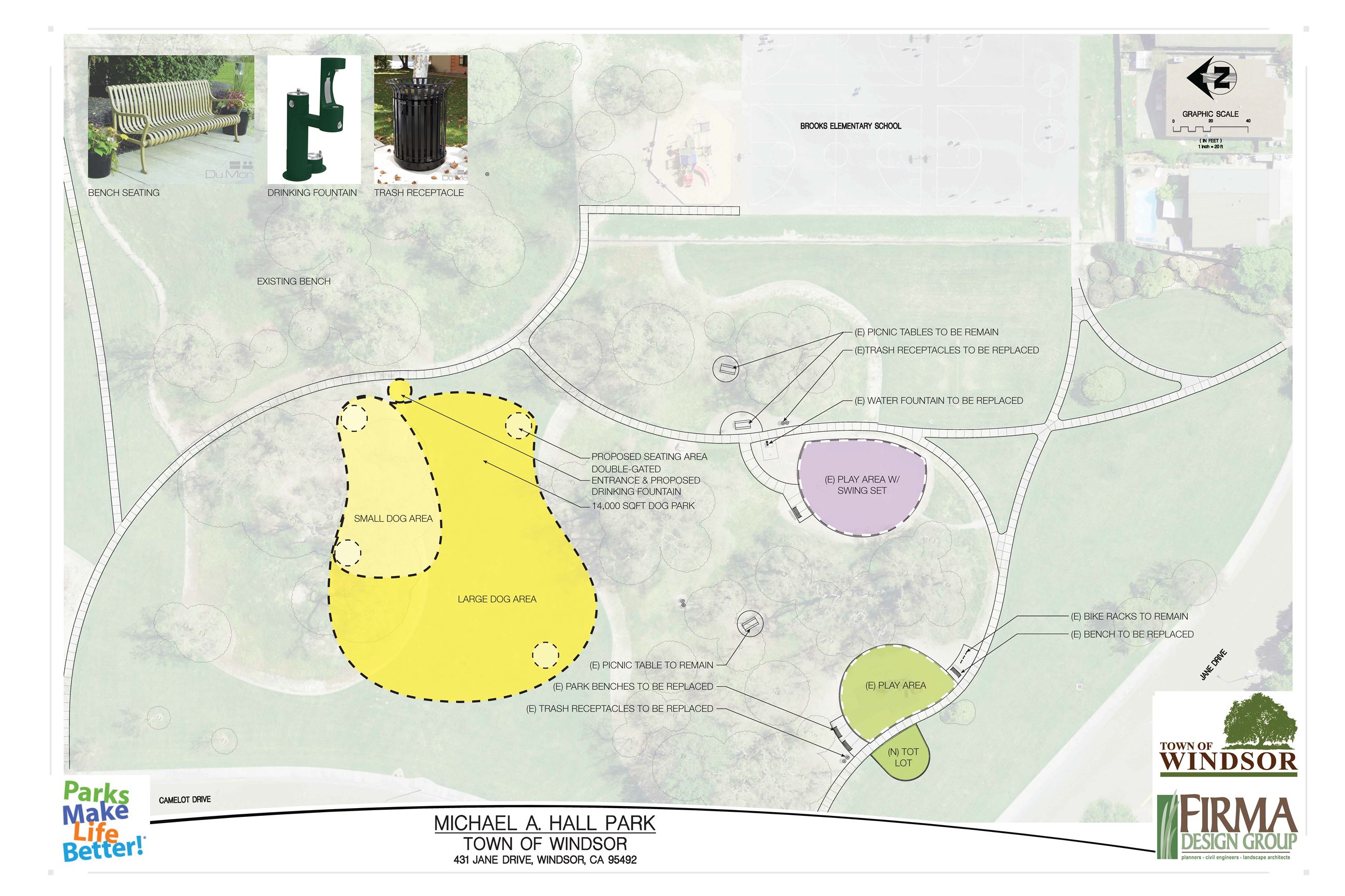 Overall Park Improvement Recommendations. Phase one includes playground improvements. Phase two will include a dog park and will be completed when funding becomes available.

The timeline of the project is as follows:

Please click here to find a copy of the meeting agenda.

Fall 2018 - Construction will begin early December 2018 and will take approximately 3 months (weather dependent). The swings will be open during the construction process. 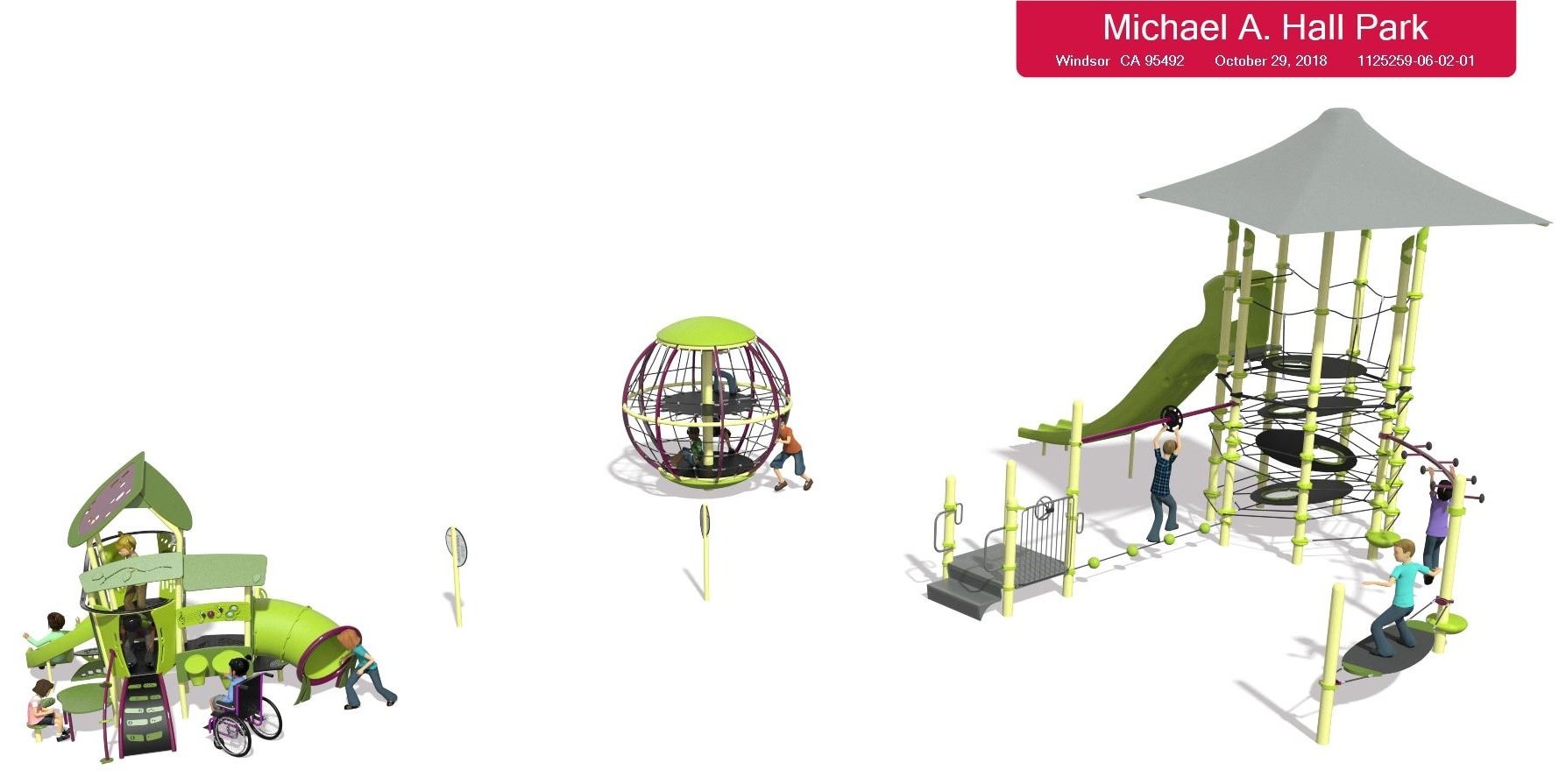 If you have any questions or comments, please do not hesitate to contact Olivia Lemen at olemen@townofwindsor.com or 707-838-5383.