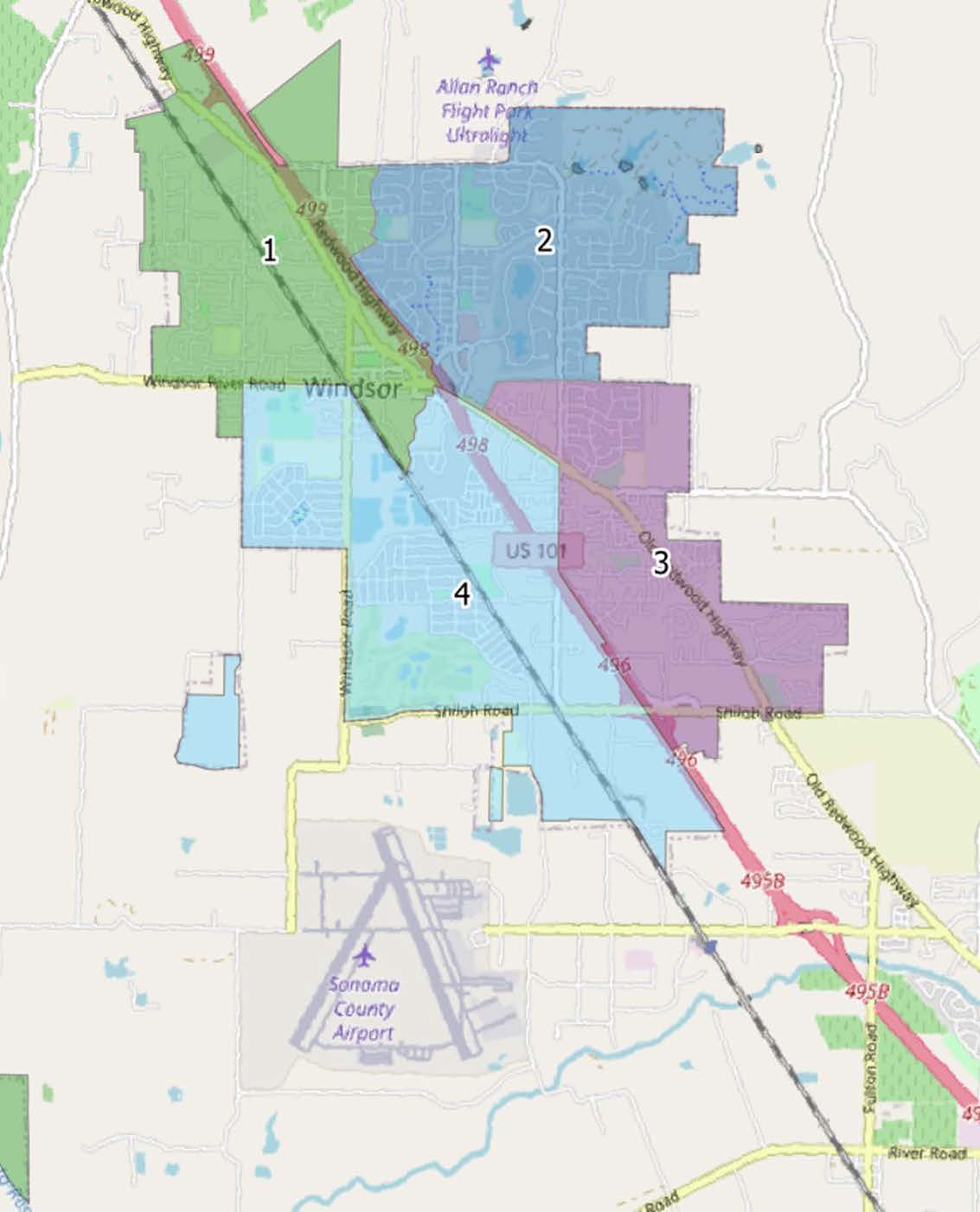 In March 2022, the Town Council adopted Ordinance No. 2022-360, which amended the Municipal Code regarding by-district elections, adjusting the boundaries of Town Council Election Districts and confirming such revised Council District Boundaries. To view the map and learn more about our redistricting process, please visit the webpage here.

The following seats are currently served by the Councilmembers whose current at-large terms end in November 2022:

The following seat is currently served by the at-large Mayor whose current at-large term ends in November 2022:

Official nomination petitions for eligible candidates desiring to file for the above office(s), are obtained from the Office of the Town Clerk, 9291 Old Redwood Highway., Bldg. 400, Windsor, by appointment, Monday - Thursday during the nomination period. Town offices are closed Fridays. The Friday exception is August 12, 2022, the last day to file, the Town Clerk's Office will be open on this day only for processing of nomination papers.

There is no fee to pull or file the nomination papers. Candidates who choose to publish a candidate statement (English Only or English and Spanish) will be required to pay the fee for printing of the statement into the ballot guide.

During the nomination period, a list of Candidates for Town Council can be found here.